Socialism has grown rampant due to lazy, entitled people…

I’ll be nice and also add; and because people are sick of the government and how much life is costing us! (good point)

But the backwards thought process to create a socialistic country, with BIG government is no better than living in the basement of your Mom’s house and she makes all the rules. Sure, you have your own space, your own door, you pay less, and feel independant — but you are not — she will always have the last word. And she can take it all away with the blink of an eye — you will never be equal with her.

But wait, isn’t that the point? — We all wish to be equal? But, meh — government has never been equal right?, so while MP’s make over 200k a year, they control our money, we just accept it. So let’s move on….

And you may recieve. Which is awesome in the beginning, until the money starts to run out — healthy competition begins to wain – the gov’t will need more money, so they start taking control of property, because afterall, we are all equal, boring, entitled assholes, who can’t take care of ourselves. Like, what’s the point of studying hard to get a scholarship when everyone — including the idiot that sits behind you gets one too!

This is the simplistic of terms I can summon. And for simple visuals on this point..

Liberal and Democratic’s alike around the world are pushing this agenda for more votes and more control — yet masking it with FREE — we love you — whether you wish to believe that or not. Their antics have created major division! I mean, why not, their promises are like free candy. ([su_tooltip position=”north” shadow=”yes” rounded=”yes” title=”:p” content=”Didn’t your Mother tell you not to take candy from strangers?!”]heh![/su_tooltip]) Nobody likes any goverments, they are all flawed! But this new era of “free”dom will strip your rights, shut you up, and turn your world upside down like you’ve never dreamed.

There are no countries in the world that actually fully implement Socialism, Capitalism, Communism. But some are close. Did you know? Inorder to pull their heads out of their economic asses, China had to lean towards some form of capitalism. There is great debate on where they sit now.. They want people to think they are Socialist, some think they are Leninist — but there is no denying their path leans to Communist.

Even with the recent events on the coronavirus, nobody can ignore their authoritarian style of government. If you don’t see it, you are blind!

At one point after the People’s Republic of China was founded in 1949, China was certainly considered Socialist. They wholeheartedly embraced a Marxist-Leninist type of socialism. Chairman Mao’s called it “the Great Leap forward”. Does that sound familiar? 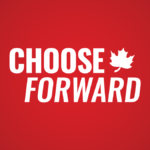 The Great Leap Forward! – Eeerie, considering we all know both Trudeau’s praised China for their leadership

The state owned mostly everything, private property was abolished, numerous big state farms were divided up where people worked and shared it all – they were equal amongst themselves! However with mismanagement, and less incentive to work, it eventually lead to poverty and a famine that lasted over 10 years costing over 30 million lives.

They had to do something. After 1978, with Leader Deng Xiaoping at the helm, entrepeneurs were finally allowed to start business’, farmers were allowed to sell their own crops, and foreigners were allowed to invest in China. Yet all that new “freedom” still came at a cost — They are still BIG government.

Don’t let this happen in Canada or your own Country. Even if you’re a real liberal, vote Conservative until the dust settles – as the so called Liberals and Democrats are eerily heading down an extremely leftist path. There is nothing good about extreme left or right. Conservatives still believe in diversity, helping and freedom to pursue your goals — but there are boundaries. “This is the way”. Or we’d all be monkey’s swinging from trees.

What about today? – Welcome to Venezuela…

Trudeau flirts with Iranian foreign affairs minister, and the right loses it

Even though I run a website that shares news, which entails automatic and manual updates. It gets to be sickening, especially

I have no words. For those that can’t see the video above, or don’t have telegram. Here you go: Amir Attaran