The left are just jelly they didn’t think of it first. 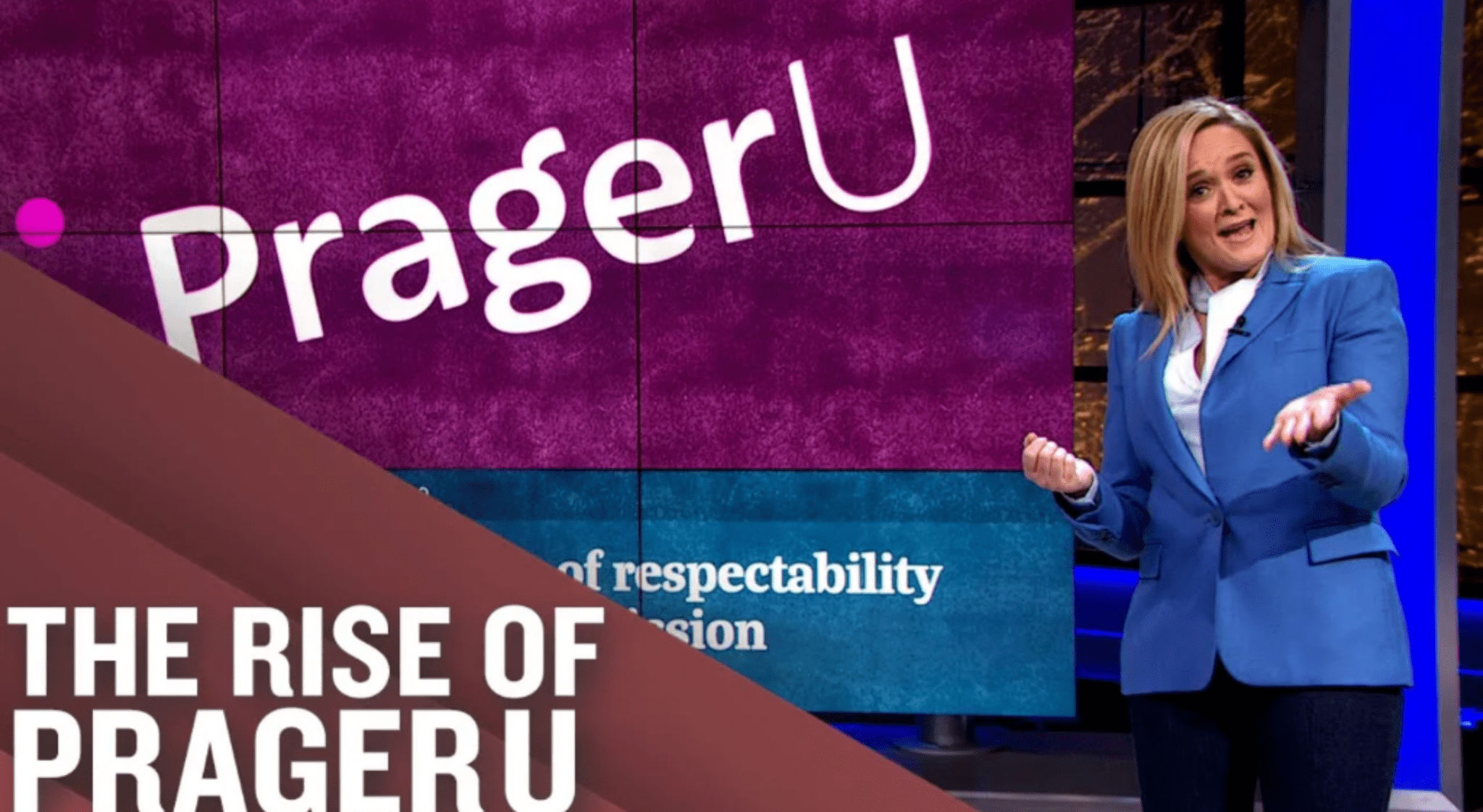 Their [the leftist] idea of recruiting is fear mongering, yelling, violence, forcing, colourful library readings, and being scolded for thinking rationally. Kids are forced to listen, they aren’t given tools to think for themselves, to see the other side – or be neutral even.

In comes PragerU. I first stumbled across PragerU looking for something quick to post about socialism. Something eye-catching, easy to follow that even a kid could understand. I’m pretty sure, this was the 1st video I came across – they have many.

Back to my first statement — Kids are terrified to think for themseleves. There are countless stories of kids coming home crying because they think the world is going to end. Countless stories of children with mental health problems. All because leftist can’t stand being wrong, opposed, and they each carry a mentality of it’s their way or nothing! There’s no Gray, only black and white.

These aren’t liberals. These are people who have ventured into the far left that have drowned out the liberal standpoint. They are no better than any FAR political stand. Infact, they are dangerous.

PragerU is obviously a sore spot for them. The biggest complaint I read about them is “how can you sum all that up in 5 minutes – you racist, nazi, liars!” lol. But that’s the point – don’t believe them? Want more info? — then research it! They give you the tools to think for yourself. A starting point. Breadcrumbs. The very basics of their side of the coin. They drive you to be hungry for more info – and they know full well, you are going to find other opinions too – you should know both sides! And come to your own conclusion. Most rational human beings will land somewhere in the middle – armed with the knowledge of both – and you’ll come out proud to be who you are – unlike the FAR anything that slams you into a wall of confusion, and handcuffs you.

PragerU is trending lately, thanks to Full Frontal with Samantha Bee, a leftist satirical news show on TBS. hmm, who dat?

In an episode of Full Frontal aired on May 30, 2018, Bee called Ivanka Trump a “feckless cunt”, after talking about the immigration policy of Donald Trump. The day after the segment aired, Bee apologized and “deeply [regretted]” the comment. Comedians Kathy Griffin, Michelle Wolf, Sarah Silverman, and Jon Stewart defended Bee, with Stewart suggesting much of the outrage over the joke was strategic rather than genuine. The show featured fewer national advertisements the following week. Bee began the episode with an apology to any women she had offended and lamenting that one bad word had overshadowed the policy of detaining illegal immigrant children which she had been criticizing. – wikipedia

It sucks to be a leftist angel with horns. Whilst we, conservatives, embrace that we are human beings, and with that, all the flaws that come with it! — Oh yeah, she’s Canadian too (Torontonian) 🤦‍♂️

Back to PragerU.. how did we even find her show? From PragerU of course! They’ve had a good time sharing her show, and basking in all the extra attention and new followers.

Before I link to her show, even though I’m Canadian, lets just link to one more video from PragerU that makes a point, knowledge is lacking! But if you read about it, of course it is more complex.

She [Samantha Bee] says: “PragerU is actually dangerous .. they trick kids into thinking their videos are educational” Heh. That’s rich.

At least you realize the impact of the conservative mvmt! @prageru https://t.co/8WKnKxpNXP

Enjoy the vid 😛 Keep on rock’in PragerU! Maybe we’ll see some Canadian stuff too! Check out our PM (the horror)!