Coronavirus epidemic in Iran has passed the crisis level… 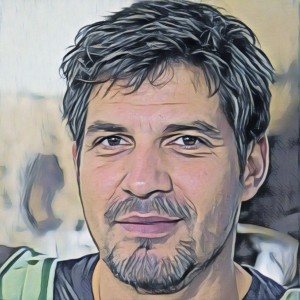 Moved the updates on top so it’s easier to check in daily (clicking on each tweet, opens up a thread of 20-50+ updates). Follow along as Ali continues to help break down the tweets/information he finds, that many of us may not stumble across or understand due to language/culture.

Coronavirus epidemy in Iran has past the crisis level. The country is imploding – law and order to disappear in the next days. A number of officials already died and mass infection among hospital staff and police forces reported.

I gathered some alarming information on the rise of #COVID in Iran in this thread. I can see that it has been read by many hence increases my responsibility on what I share now. https://t.co/9TqcBoUqYJ

A member of the council that advises Iran's supreme leader has died of #coronavirus, according to Tasnim news agency.

Here's a look at the top Iranian officials that have contracted the disease pic.twitter.com/DlA0xJTC5f

I will start today's thread on #COVID in Iran, following up from yesterday's #irancorona https://t.co/TpwbYYZOwe

Picking up from yesterday's threadhttps://t.co/oRmsC4U99q

Day 6 of aggregating information on #COVID19 in Iran, in apparent lack of another source.

Picking up from yesterday's threadhttps://t.co/q0iay9FPym

Day 8 of aggregating information on what goes on with #COVIDー19 in Iran.

Starting day 9 with a heavy heart. We lost so many doctors and nurses yesterday 🥀🥀🥀https://t.co/tnRrTgcnEU

Nurses in Langaroud, Gilan, all writing in their Instagram crying for help. They say there are no protective gears available in the hospitals anymore and soon they all will be affected with #COVID19 https://t.co/vpRAZnsubG

Starting day 11 when things are getting scary. #COVID19

Picking up from yesterday's threadhttps://t.co/OtFZYuCTWZ

Starting day 12 – today and other weekdays it will be more brief – well I have a day job too.

A thread on twitter has gained some traction, and it’s alarming.

Coronavirus epidemy in Iran has past the crisis level. The country is imploding – law and order to disappear in the next days. A number of officials already died and mass infection among hospital staff and police forces reported.

As we are all fully aware, like China — transparency is not Iran’s forte. We must take this with a grain of salt, but with eyes wide open as well. Ali has mentioned he’s not a reporter, but it’s apparent he has a deep connection, and personally, if his information is valid, we can be sure a lot of this won’t hit the media until they can’t ignore it.

Yesterday (Feb 29th), Canada announced three more cases of COVID-19 in the Ontario region. Two women in their 30’s and 50’s that arrived from Iran. It was further revealed the woman in her 30’s had symptoms prior to boarding the flight. She boarded two planes then public transit, before going to seek medical help the next day. She was not wearing a mask during her travels.

Health officials are asking those who travelled in the business class section of Qatar Airways flight QR 483 and QR 163 Air Canada flight AC 883 and on GO Bus #40 eastbound and sitting on the upper deck to contact them as they may have been exposed to the virus. – CP24

Under this government, which lacks in direction, and authority, I would be wary with some of the information Canadian health officials are giving us. Screening at the airports was already a joke according to this article back in January, when fears were heightened.

As of now Canada has not imposed any travel bans to/from Iran. They currently have a level 3 travel advisory: “Avoid non essential travel” – but the decision is still yours – Canada travel advisory

Meanwhile, US has banned travel from Iran, including expanding their ban yesterday to include foreign nationals that have visited Iran in the last 14 days.

#US expanding travel bans to #Iran to include foreign nationals that have visited Iran in last 14 days. Raises travel advisory to the highest level (level 4) to parts of #Italy and #SouthKoreapic.twitter.com/Jjnn6L0E2H

What has Canada been waiting for this ENTIRE time?

If Ali’s reports are on point, we are in deep trouble, and I’m not sure Iran will be as drastic as China was, which gave us time and possibly helped hinder the spread. It will be up to Canada to pull up their big boy pants and take some action – which should have been done long ago, but if there’s any time not to make the same mistake, it’s now! – Restrict flights, and amp up screening!

Was the US election stolen by the Democrats?
wpDiscuz
0
0
Would love your thoughts, please comment.x
()
x
| Reply

Don't have an account?Register